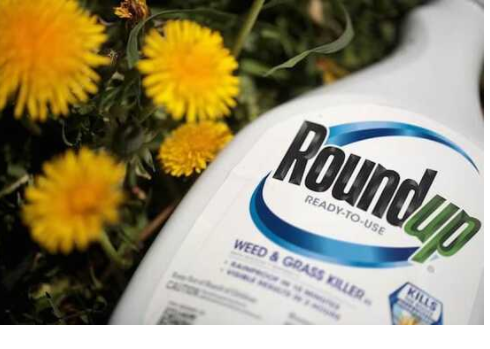 Have you been diagnosed with Cancer? Have you been exposed to any Roundup product? , then you may be entitled to a Settlement Benefit.

What is The Roundup Cancer Lawsuit Settlement

Roundup, produced by Monsanto, is the brand name of a herbicide used on 65% of major US crops.

It’s key ingredient, Glyphosate, is the most widely used weed-killing product in the world and is described by Monsanto as an eco-friendly solution as it breaks down quickly leaving no toxic by product in the soil or animal tissue.

Exposure to Glyphosate has been linked to DNA and chromosomal damage and therefore labelled as a probable cause for blood cell related cancers.

Even though the Environmental Protection Agency (EPA) stated there is no risk to human health in using Glyphosate, other organizations disagree. A branch of the World Health Organization says that glyphosate is a probable human carcinogen while a review by the university of Washington found that Americans with high exposures to the pesticide have a 41% increased risk of developing non-Hodgkin lymphoma.

Research shows that Monsanto had known Roundup weed killer was carcinogenic for several decades, but chose to bury the risks as product sales continued to skyrocket in the USA and abroad. The active ingredient in Roundup is glyphosate, which has been classified as cancer-causing by the International Agency for Research on Cancer, a division of the World Health Organization.

Until recently, Roundup’s toxic impact on the public was uncertain due to conflicting claims about the link between the formula and cancer diagnoses. In the last few years, Roundup trial cases have brought to light the manipulative manner in which Monsanto hid dangers from the public.

Bayer has agreed to pay $10 billion to settle cancer claims related to Roundup, but isn’t going to stop selling the product or add warning labels about safety.

According to the deal, $8.8 billion to $9.6 billion was set aside for current litigation, including a buffer amount to cover claims not resolved yet. $1.25 billion has been set aside for future claims from Roundup users with non-Hodgkin’s lymphoma. Part of this amount will also be used for an independent expert panel which will decide whether glyphosate causes cancer and what exposure level or dosage of glyphosate would be dangerous.

Bayer still faces at least 30,000 claims from plaintiffs who have not agreed to join the settlement. Additionally, the company has still not admitted any liability or wrongdoing

You may qualify for a Roundup cancer lawsuit claim review under any of the following circumstances:

The provisions of the Settlement

Bayer has appealed another Roundup verdict to the U.S. Supreme Court.  Bayer filed a 43-page writ of certiorari to our high court regurgitating its preemption argument that has yet to gain traction with other courts.  The argument is essentially that because the EPA has found Roundup safe, any Roundup lawsuit alleging Roundup causes cancer is preempted by the Federal Insecticide, Fungicide and Rodenticide Act, (FIFRA), the federal statute that regulates herbicides and their labels. This appeal is of the $2 billion Roundup verdict that was later reduced to $86.7 million.