Want to know more about Shane Warne’s Scandalous Lifestyle and the Scandals trailing him before and even at his death? Read this Article to find out more.

Who is Shane Warne?

Shane Warne was an Australian cricketer. A right-arm leg spinner, he is widely considered as one of the greatest bowlers in cricket history, and in 2000 he was selected by a panel of cricket experts as one of the five Wisden Cricketers of the Century, the only specialist bowler selected in the quintet, and the only one still playing at the time. Warne played his first Test match in 1992 and took more than 1,000 wickets in Tests and One Day Internationals (ODIs). Warne’s 708 Test wickets was the record for the most wickets taken by any bowler in Test cricket until 2007. He was named one of the Wisden Cricketers of the Year in the 1994 Wisden Cricketers’ Almanack,  and was the Wisden Leading Cricketer in the World in 1997 and 2004.  A useful lower-order batsman, Warne scored more than 3,000 Test runs.  As well as playing internationally, Warne played domestic cricket for his home state of Victoria and English domestic cricket for Hampshire. He was captain of Hampshire for three seasons from 2005 to 2007.

His career was plagued by scandals off the field, including a ban from cricket for testing positive for a prohibited substance, charges of bringing the game into disrepute by accepting money from bookmakers and sexual indiscretions

Shane Warne’s Life was trailed with scandals, In 2003 Shane Warne created turmoil in the Cricket community when he was handed a lengthy ban from international cricket for failing a doping test.  There were charges of bringing the game into disrepute by accepting money from bookmakers and sexual indiscretions. When he was banned for failing a doping test, he claimed that he took the substance so he could look good on Television and for his fans. He also said that he took that prohibited substance just to look good at his press conference as he was about to announce his retirement from ODIs after the ICC World Cup in 2003. Because of this ban and the scandals trailing it, his name was not on the list of the World Cup squad of Australia, this hurt him deeply and he in turn accused the ACB of bowing to anti-doping hysteria.

In September, 2017, Warne was accused of hitting porn star Valerie Fox in the face at a nightclub in Mayfair, London. However, he was cleared of all allegations. but in 2005, an English student by name Laura Sayers, TV assistant Michelle Masters and also a mother of three, Kerrie Colliemore spoke publicly of their sexual flings with Warne. His marriage with wife Simone hit the rock bottom after that as she divorced him. There were also reports that he had sex with Kerrie on a car’s bonnet. Kerrie’s friends once revealed: “He couldn’t keep his hands off her. He wanted sex everywhere outside, inside, wherever he could.” Sayers revealed that once Warne got naked in front of her and asked her to have sex with him. Warne also dated actress Liz Hurley who dumped him after she found he was having an affair with another woman.

In 2019, Shane was reported to have had a four way sex party with two escorts and his lover at his Maida Vale home in London. He had thrown the windows open, so much so that his neighbors could hear everything going on.

In 2006, when the cricketer was playing a cricket game, he was invited by two 25-year-olds and the pictures from that fling spread across media with Shane wearing only his underwear.

That same 2006, he was also caught flirting with 21-year-old Love Island contestant Lucie Donlan on Instagram, a girl much younger than his eldest daughter.

From the foregoing it is clear that Shane Warne lived a scandalous lifestyle, On 4 March 2022, at the age of 52, Warne died from a suspected heart attack at a villa on the Thai island of Koh Samui. Coincidentally, His death came on the same day as fellow Australian cricket icon Rod Marsh, to whom Warne had earlier paid tribute on Twitter only a few hours prior to his own death. How Unfortunate.

Keke Palmer Is Pregnant; She Revealed Her Bump During SNL Monologue 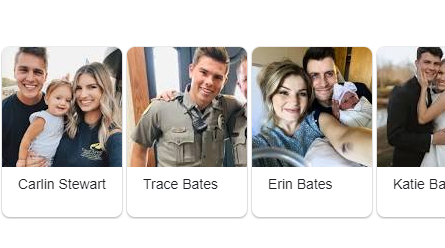